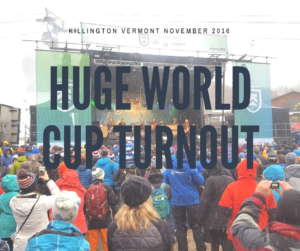 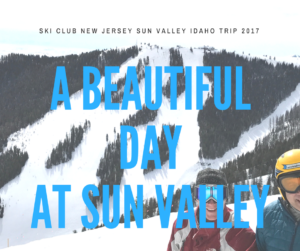 Sun Valley – March 1st to 8th, 2017 On March 1, 2017, 11 happy skiers left for Sun Valley via Denver and into the Hailey Freidman airport in Sun Valley. According to our transportation driver, Sun Valley was experiencing one of the best snow years in the last 20 years, as evidenced by approximately 4 feet of snow on the buildings roofs. Our accommodations at the Sun Valley Lodge were lovely and beautifully appointed.

The Lodge which has undergone a major renovation in the last few years had several amenities to keep everyone happy. A large outdoor heated pool and hot tub, ice skating, restaurants, spa, bar with entertainment, and a basement bowling alley. A group of us decided to give the bowling a whirl. All I can say is that no one scored over 100.

A very poor athletic example indeed. Our first few days were bright and sunny and most of us had some Gumby” legs by early afternoon.

We had forgotten how steep and how much vertical the mountain has, or perhaps it’s the fact that we were all 15 years younger in 2002.

Their “Green” runs were surely blues and possibly black runs in many other ski areas.

We enjoyed a group dinner together at The Cabin, where we had dined and taken a sleigh ride to on our 2002 ski trip to Sun Valley. The week passed quickly and fortunately there were no injuries or significant issues. Our flight home out of the Hailey Freidman airport to Denver was diverted to Twin Falls, Idaho, about an hour and a half away due to bad weather and difficulty of the small jets with the mountain airport. Home safe and looking forward to next years trip maybe to BIG SKY Montana! 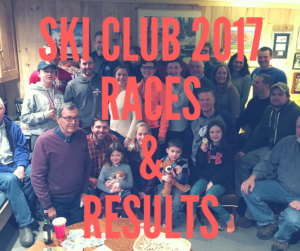 Another fun Club Race weekend!! Our SCNJ adults (combined men’s and women’s teams) kept the ‘little brown jug’, winning by a time of about 33 seconds, besting both Telemark and Monmouth Ski Clubs. Thanks to everyone who participated and made the effort to keep the ‘jug’. And our juniors had no trouble winning the junior trophy!

The race course was again set on the right side of the hill (facing up), so as to make ‘the race more fun’! This year conditions were exceptional – very icy, extreme cold, high wind, and frequent snow showers – yikes!!! A total of 73 racers (51 adults; 22 juniors) participated from the 3 clubs, up from 61 last year. Herb Botwick was our race starter for the first run – Telemark provided the starter for the second run. Nancy Willen was SCNJ’s official scorer in the timing booth. John McAndris provided the computer power to calculate results – a real time saver!! 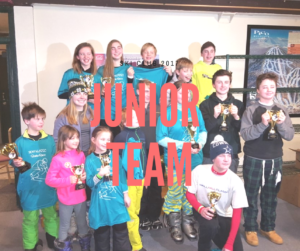 Special thanks to Tom Henry, Jr up from Florida. Jay Henry’s daughter Olivia (age 5) was looking forward to her first ‘serious’ race, but sadly, frost bite on both checks made her wait for another year! Olivia is SCNJ’s first 4th generation member!! SCNJ again had 7 juniors to race for the Club – the top 4 times counted. Our juniors won by about 22 seconds over the 2nd place Telemark team. 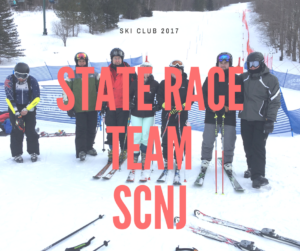 The junior team was led by Matt McAndris (who had the fastest time on the mountain!), Jack McGovern (first race for SCNJ), Conner McAndris and Mike Ferreira (also first race for SCNJ). Again, we had a delicious mid-day ‘mountain’ luncheon – a great spread of sandwiches, salads, chips, cookies and sodas.

The 3-club race is a great end-of-season event for our clubs! Telemark had this year’s après ski party – about a hundred people showed up. What a nice party they hosted!

Next year it will be SCNJ’s turn to host – the event is scheduled for March 3, 2018 at Middlebury Snow Bowl! Please mark your calendars now!! As always, a big thank you to all of our racers, rooters and everyone who came out to make this so successful! 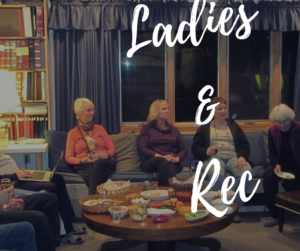 February 5 – 10th saw 12 to 19 ladies in attendance throughout Ladies week.

There was ample skiing, snowshoeing, great food, lots of laughs and each other’s company. This year the week was hosted by Marianne Oberdorf and Pat Hogue, as our most recent past (and more than competent) previous hostess, Sonja Denzau has retired (but she attended and enjoyed relaxing!).

It appeared that if we continue to have the amount of food prepared, purchased and made by volunteers, we may have needed to hire a truck to transport and hold it all.

Right on the heels of Ladies week was the Recreation weekend, hosted by Kathy Kendall. That too brought many folks to the lodge for another weekend of skiing in the warmest February on record, same old, same old, lots of food and drink and skiing in front of a roaring fire.

The next weekend the German Ski Club rented out our lodge with another great group of skiers. All in all, February turned out to be a success for the lodge ($) and for skiing.